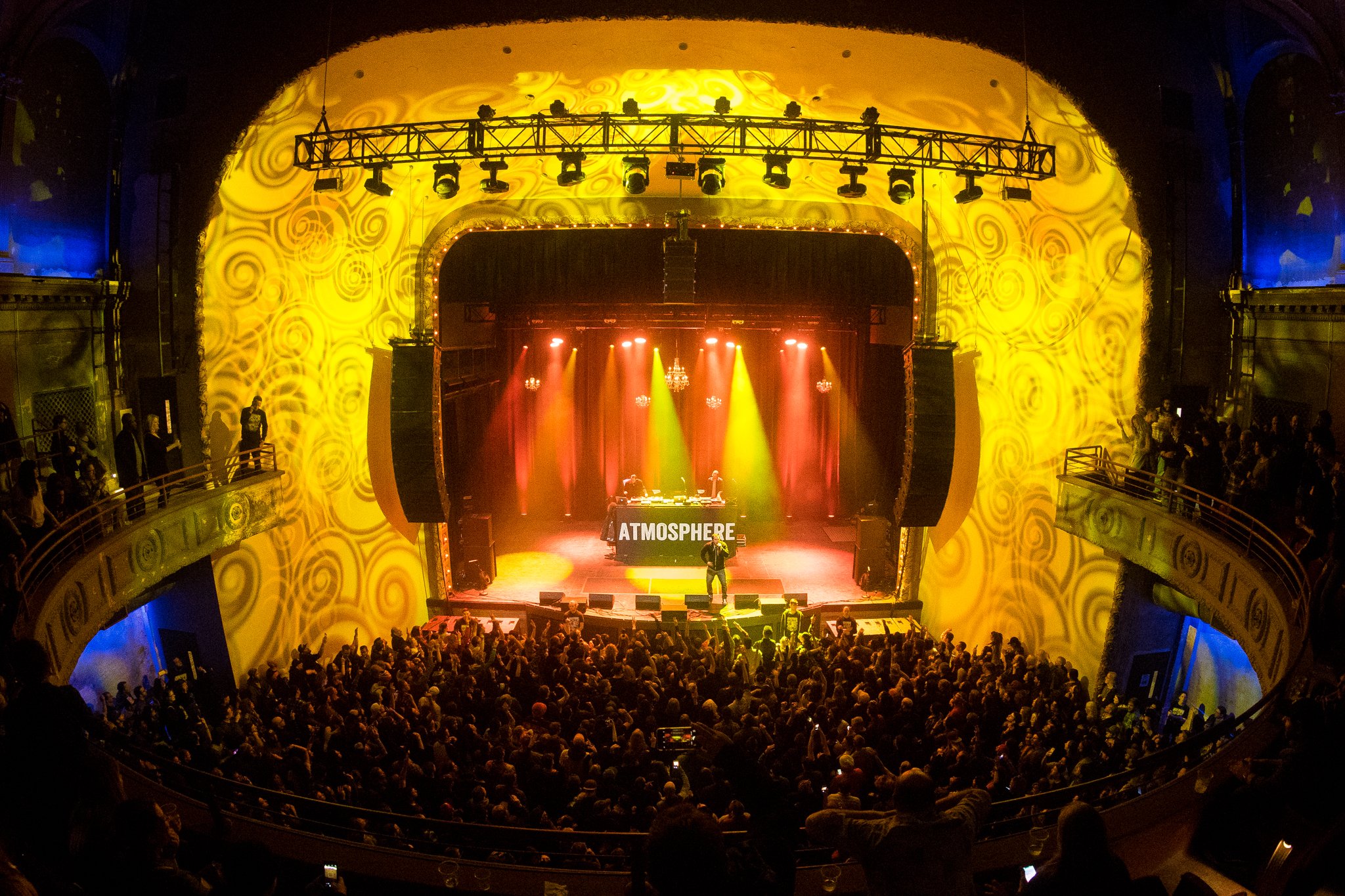 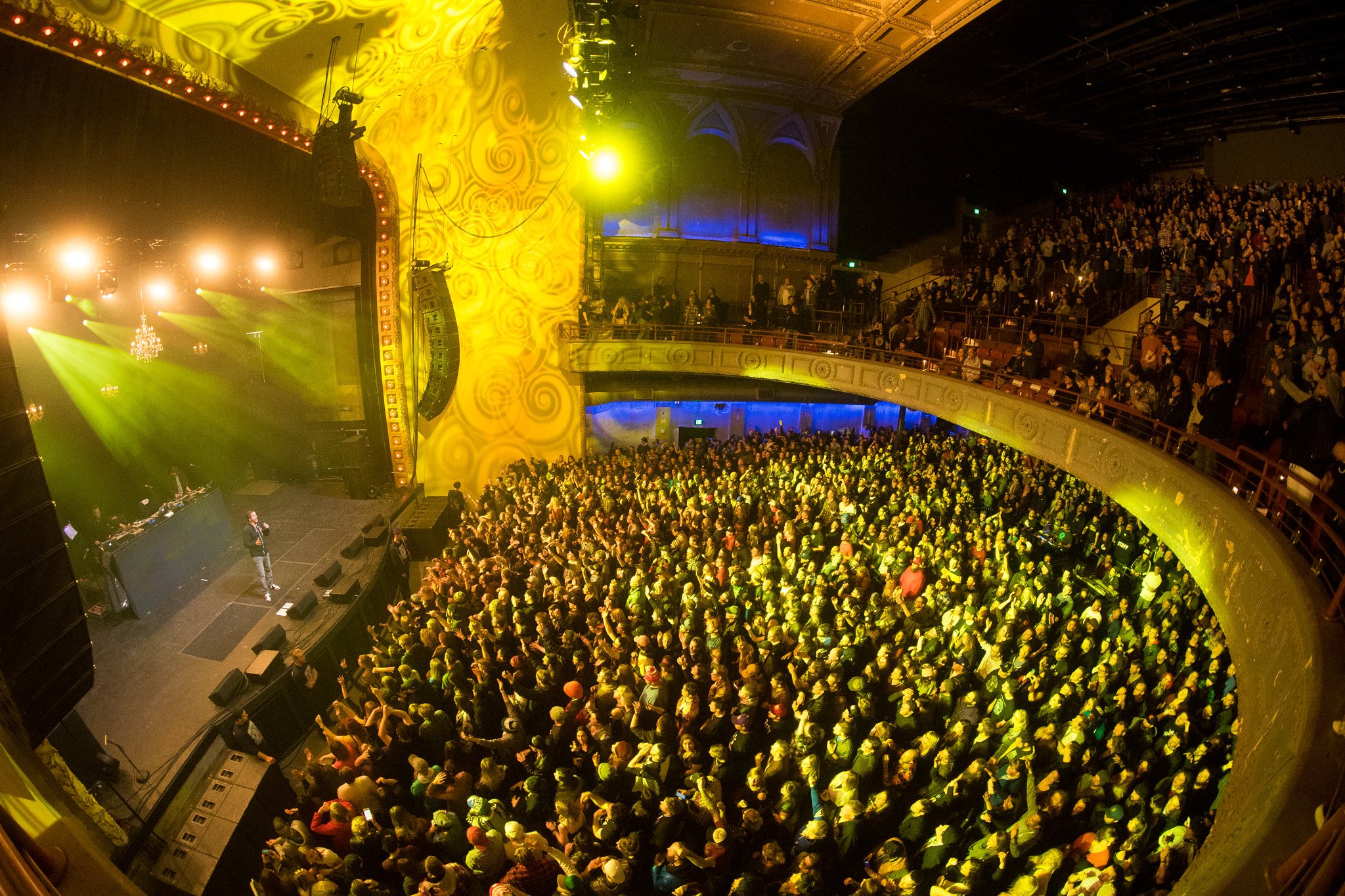 Built in 1916, and newly reopened in march of 2017, The Palace Theatre hosts a wide array of contemporary music, comedy, and other live entertainment. The Palace Theatre can host up to 2,500 guests, with a tiered standing-room only general admissions floor, and a seated loge and balcony.
The Palace Theatre is located on the west 7th place, a pedestrian-only block in the heart of downtown Saint Paul. Many of the amenities in the venue were modernized, including new bathrooms, hvac system, roof and more robust bar areas. However, the aesthetics of the building have been frozen in time. Through 2015 and 2016, the crew preserved many of the theatre’s original architectural elements, including pre-cast concrete roof panels stamped with the date april 27, 1916

Built in 1916, and newly re-opened in March of 2017, the Palace Theatre hosts a wide array of contemporary music, comedy, and other live entertainment. The room fills a gaping hole in the Twin Cities’ music venues with first-class sound and sightlines, and is co-managed by First Avenue and Chicago’s JAM Productions.

The Palace Theatre has a tiered, standing-room-only general admission floor, and a seated loge and balcony. A seating chart for the upper levels can be found here.

Please complete this form or call (612) 564-3777 for more information or to schedule a tour. We look forward to hearing from you!

Are you interested in having your wedding or event in our event venues? Or have us cater or design your event? Either way, let’s chat!

Get on our exclusive email list for all the latest Entourage Events Group specials & happenings.