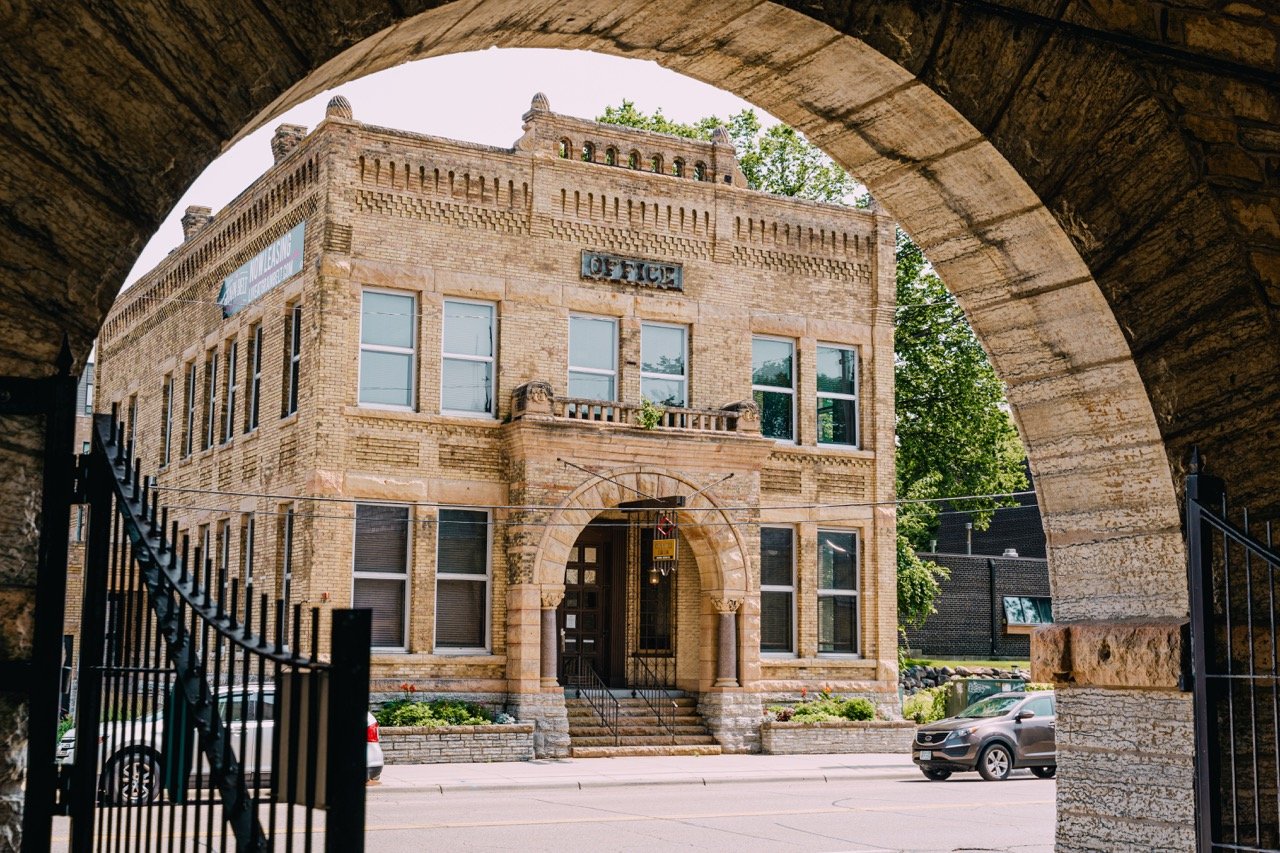 About the author : Entourage Events Group

Entourage Events Group’s plans include converting the two-story front half of the building, located at 1215 Marshall St. NE, into numerous private dining rooms, meeting and conference rooms and bridal suites, as well as repurposing the back half (once used by Grain Belt as a beer tasting room) into a large ballroom.

CEO Steve Hark said Entourage is taking an iconic but underutilized building in a prime location and breathing new life into it in a way that honors its history and old-school charm. (Similar ingredients are present in other venues where Entourage manages events, such as The Armory in downtown Minneapolis and Minneapolis Event Centers near St. Anthony Main.)

Construction has already begun in anticipation of a fall debut for the venue, dubbed The 1893 at the Historic Grain Belt Office, a nod to the building’s original use and the year it was constructed.

RSP Architects is handling the design and ensuring the building’s historic preservation. The Minneapolis-based firm’s headquarters are across the street in the old Grain Belt Brew House.

The nearly 20,000-square-foot building was last renovated in 2014, following more than a decade of vacancy, and had most recently been used as a leasing office and amenity space for the adjacent Grain Belt Apartments. Grain Belt Apartments LLC owns both the apartment complex and the office building. It was an extensive renovation that cost millions of dollars, according to Hark, who said the latest buildout is expected to cost about $500,000. It will be funded by both Entourage and the building’s owner.

Entourage will begin hosting events, including weddings and corporate gatherings, at The 1893 in October. The venue is now accepting bookings and already has scheduled a handful of events.

Are you interested in having your wedding or event in our event venues? Or have us cater or design your event? Either way, let’s chat!

Get on our exclusive email list for all the latest Entourage Events Group specials & happenings.